http://youtu.be/nIsCs9_-LP8
Honestly as a mom, I couldn’t watch this without tearing up and I made hubby watch it with me last night. I meant to post it two days ago, forgive me. This little emo baby makes my ovaries twinge. If you don’t melt then you need major therapy, like I’m talking three times a week therapy.

I have recently, albeit reluctantly, switched over to a Mac from a Lenovo laptop because of my husband saying he no longer knows anything about PC’s and couldn’t be my IT guy anymore. With that said, I am still a fan of Lenovo and totally get why Ashton chose them to team up with. Why do you give a shit? Because not only did Ashton play Steve Jobs, but he is on his way to becoming him….sort of. Ashton Kutcher is not only Lenovo’s new global ambassador, but he also has a hand in working with their engineering teams around the world to develop and market the Yoga line of tablets. He told Wired: “I’m an actual product engineer, and I know that’s hard for people to understand because so many of these celebrity relationships have been vanity products. I actually am less interested in the color of the phone or tablet than in how it works. I hope I’ll be able to bring some new ideas to tablet development.” And the rich get richer. Pretty cool though.

Miley Teases Us With Long Hair 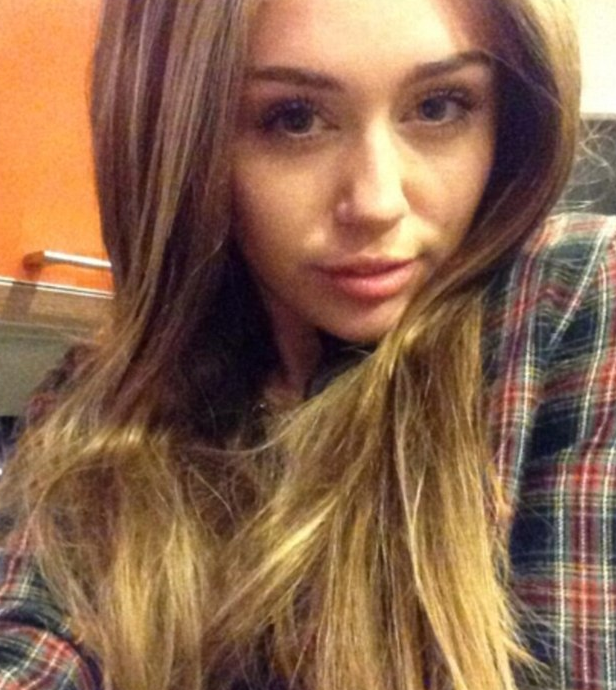 But it’s just a wig. Miley was on a tweeting frenzy with pumpkins, wigs and just a bunch of Halloween fun. Look how this hair instantly transforms her back into our sweet Hannah Montana. Ahhhh what I wouldn’t give for a reunion special….

Chubby Child Manifesto Instead of Treats for Halloween 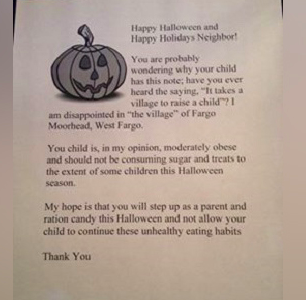 One woman in North Dakota is not handing out sugary, cancer causing treats this Halloween, instead she is sending home a manifesto of sorts, for parents of overweight-to-the-eye children. While I applaud her motives, I am not quite sure the holiday that is specifically about sweets is the perfect time to make a stance against obesity. Or maybe it is? 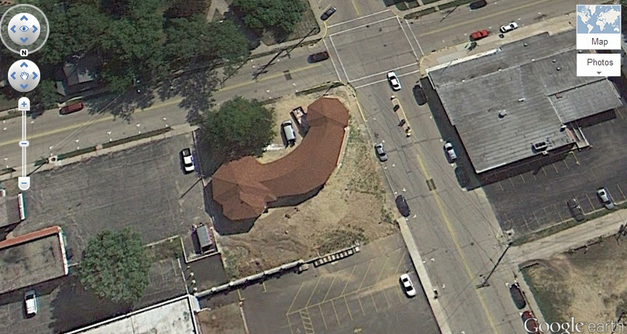 God has touched Google Earth, I just know it. How else would you explain this aerial shot of the Christian Science Society of Dixon, Illinois? (via Gawker)