Obviously that is sarcasm, but where the HELL is the music? Visually Into the Woods looks amazing, exciting and well acted and of course I will see it on opening day, but hello? WHERE IS THE MUSIC? Where are the songs? I WANT MY BEANS! Are they just saving it all? Please tell me they are saving it all….and oh yeah, WHY is Bernadette not in this? Okay, this theatre queen is done lamenting….

Frozen is taking over the world! After this weekend, it’s surpassed 600 mil globally and it’s not slowing down anytime soon! In my opinion, it’s the best movie Disney has put out in the past 5 years from start to finish. The songs, the characters, the visuals and most importantly: Olaf. If you haven’t seen it yet, run, don’t walk. “Bees are buzzin’….” 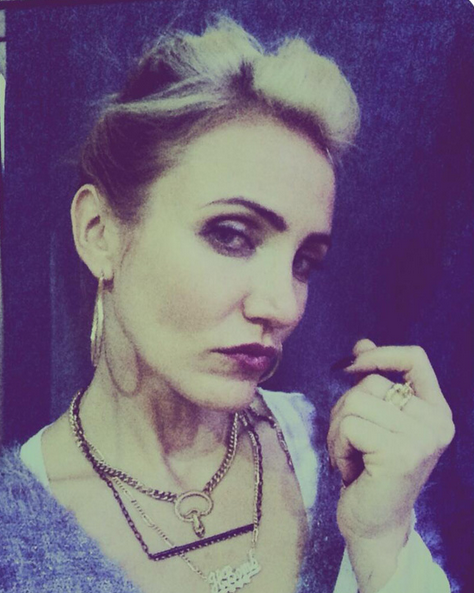 Stopitrightnow. I can’t. You are of course, allowed creative license when you play a role, but when you are following in the footsteps of two massive legends, Dorothy Louden and Carol Burnett, you had better deliver the goods. In the remake of Annie (I’m honestly frightened for this), Cameron Diaz is playing the child-hating Miss Hannigan and this was the pic she tweeted of herself “in character.” Uh. Oh. Look I am not hating on Cam, but I am a theater queen and have a certain expectation when it comes to my musicals, especially remakes. (via WoW)

Could this be any more brill?