Look. In this day and age I don’t want to hear anyone defending cell phones radiation saying stupid things like, “the data is inconclusive.” In the end, cell phone radiation causes cancer and that is that. Sheryl Crow was on Katie Couric’s new talk show yesterday and revealed not only had she battled breast cancer and won (that she believe was caused by drinking out of carcinogenic water bottles), but was also diagnosed with a benign brain tumor in June. She said she was forgetting song lyrics and thought she had Alheimers so she got and MRI that showed the tumor. No doctor will confirm the cell thing, it’ll open Pandora’s box, but her theory holds water with me and plenty of others. GET A HEADSET or talk on speaker. 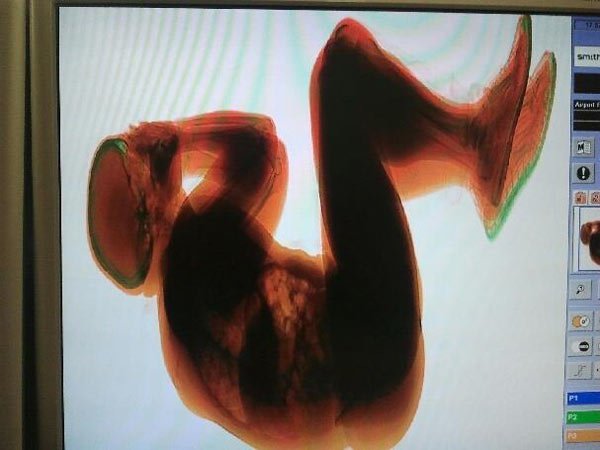 A drunk Norwegian tourist fell asleep on the X-Ray conveyor belt in Rome and apparently security and police had a very hard time waking him. He was taken to the hospital amidst fears from super high radiation from the X-Ray machine (hello? Pat down anyone?!) though they can’t see radiation damage now, call the dude in a year or 10. He is now being investigated for ‘causing alarm’.